Welcome to the James WikiEdit

Welcome to the James wiki. This Wiki talks about James, aka JamesDJJ, an artist, singer, model and songwriter.

James (born January 31, 2003) aka as JamesDJJ or James DJJ is an American rapper, songwriter, singer, and model. Born in Rome, Italy, he earned public attention after releasing his first album Invictus in 2018.

The first single extracted from the album is Snowflake, released in January, that received discreet success.

Brown / Black
James was born on January 31, 2003 in Rome, Italy. He has American and Italian origins and he has a brother.

He released his first album Invictus on the 31 of January, his birthday, releasing at first the lead single Snowflake, received discreet success.

He decided to release the 12 tracks of the album one every month of the year.

The second single released is Might Say on the 28th of February, James before the final release of the song said that he liked the song, but after the song dropped out he said that he wasn’t satisfied about the result and this track is probably the one that he like less of all the album.

The third song of the album is This Is It, released on the 30 March, and has a different flow compared to the other tracks of the album.

The 4th song, called Highschool, dropped out the 30 April, in this track James talked about Highschool and what he felt.

The 5th song of the album is called Infinity, released on the 31 May, this is the song of the album that James prefers, he said on a video that he putt his commitment in writing and recording the song, adding that this track  is important for him and has a very deep meaning for him too. This song is the one that gained most attention of all the album.

The 6th song of the album is called Deam, dropped out on the 28 June, has a sound similar to This Is It.

The 7th song of the album came out the 30 July, named Sun Wave, received a discreet success and gained more visibility to the artist.

The 8th song of the album named Forever, came out the 31 August, has a sound similar to Infinity, but James said that the meaning of the 2 songs are different, and he really like also this track.

The 9th song is named Show Me, dropped out on the 30 September, has a sound different from the other tracks of the album, and also this track gained a higher visibility to the artist.

The 10th song is called Let Yourself Go, released the 30 October, is the song with more meaning for the artist.

The 11th song is called In The Sky, and is the last song released from the Invictus album, it has a different flow and style from every other song of his album, the artist revealed that he has a special bond whit the meaning in the lyrics of this song, however, he didn't explicate why.

Originally there was also a 12th track in the album, named Invictus, but at the end of 2018, the artist said that he wasn't enough satisfied whit the final result, so he decided to delete the track from the album. However, when was asked to him why people could never hear this song he replied: "Who said that Invictus is not going to

be in one of my following albums", so probably this track is going to be part of his next album.

James decided to release only one song per month so that people could appreciate more every track of the album, and he also decided to don’t include any other artist on the album because he says that this is his first album, and he wants it to be his alone. However he said that in his next album there are going to be some collaborations.

James reached almost one million streams on Spotify, to be added to the other streams of others streaming services and the album and tracks sales, his endorsements and participation at many events.

On the 20th of August James changed his profile picture on the streaming services, and he said to fans that a new song is coming, but no other information where given.

The 20th September James announces his next single, 1 Year, that is not anticipating his next album.

In his career James wore unusual outfits like kimonos or latex clothes, he wears also heels shoes and boots. He is been criticized for his way of dressing, many articles concern his sexuality. In an interview, he answered to this rumors: "I'm not gay, and there wouldn't be problems for me being it, please help and be kind to the others or go and f*ck yourself".

In some countries, mostly in Europe, almost all of his work is censored for no reason.

Photos and videos are a great way to add visuals to your wiki. Add one below! 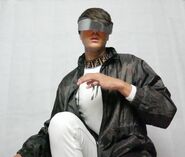 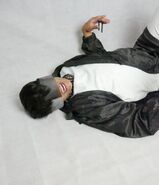 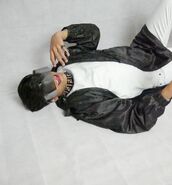 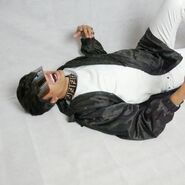 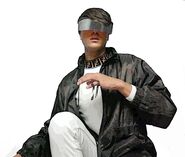 JamesDJJ spotted walking in NYC with one of his unusual outfits 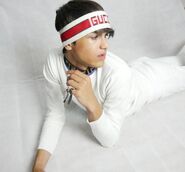 JamesDJJ
Add a photo to this gallery 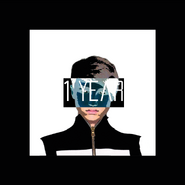 1 Year Cover
Add a photo to this gallery
Retrieved from "https://jamesdjj.fandom.com/wiki/JamesDJJ_Wiki?oldid=166"
Community content is available under CC-BY-SA unless otherwise noted.